Site Investigation of a Closed Manufacturing Facility in France 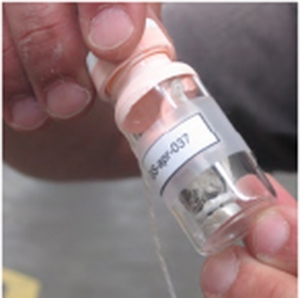 Site Investigation of a Closed Manufacturing Facility in France

An appliance controls manufacturing facility in Thyez, France was originally developed in the 1960s for several small industrial activities. Initially, operations at the facility included metalworking, painting, and assembly.

In early 2008, Geosyntec and a local contractor completed a Phase I environmental site assessment Update for the property; an earlier Phase I had been prepared by another consultant in 2003. The objective was to identify potential environmental liabilities associated with the planned closure of the facility. Geosyntec did not identify any major environmental liabilities during this assessment, but the firm did identify several potential sources of contamination that had not been fully evaluated previously. These included a liquid waste storage area, a chemical storage cabinet, an electrical workshop where solvents had historically been used, two former underground storage tanks (UST), oil-contaminated soils near an air pump and hazardous liquid storage area, and backfill material located between workshops.

In the summer of 2008, Geosyntec and a local contractor completed a Phase II environmental site assessment, which included a subsurface investigation of the areas of potential contamination identified in the Phase I update. The objective of the Phase II investigation was to obtain a better understanding of potential subsurface contamination at the site and to evaluate any associated risks to human health. Our field investigations included soil gas sampling and analysis; advancement of soil borings and analysis of soil samples; and installation of monitoring wells and analysis of groundwater samples. Geosyntec conducted the soil gas survey using innovative passive gas samplers the firm co-developed in the United States. The local contractor deployed the samplers both beneath the floor slabs of on-site buildings and in temporary soil gas sampling probes outside the facility buildings. The samplers were returned to Canada for chemical analysis and data interpretation by Geosyntec. These small, passive samplers have significant advantages over traditional soil gas collection methods (e.g., evacuated Summa canisters) in that they can be deployed directly below a building slab, are less expensive to deploy and analyze, and could be transported easily between the United States, Canada, and France.

Based on the results of the Phase II field investigation, Geosyntec determined that soils, groundwater, and soil gas at the site were impacted by several metals (cadmium and copper), petroleum hydrocarbons, halogenated volatile organic compounds (VOCs), and polychlorinated biphenyls. Although impacts were generally minor, we completed a human health risk assessment to evaluate potential risks to on- or off-site receptors. We considered exposure pathways in the risk assessment that included inhalation of indoor and outdoor air both on and off the facility property and ingestion of soil. Our results indicated that the risk associated with both ingestion and inhalation pathways did not exceed acceptable risk limits for future site employees and for off property receptors.

Geosyntec’s use of innovative and low-cost passive soil gas samplers provided important insights regarding the nature of VOC impacts in soil gas at the site. Data from these samplers were used in the quantitative human health risk assessment and helped support the conclusion that potential exposures to indoor air, outdoor air, and soil did not pose an unacceptable risk to human health. Accordingly, site remediation will not be necessary as long as the site remains industrial and that soil excavations are not carried out within contaminated areas. Also, use of the passive soil gas samplers provided a cost savings compared to the use of traditional Summa canister collection techniques.