In Situ Bioremediation of Chlorinated Solvents in Frankfurt, Germany 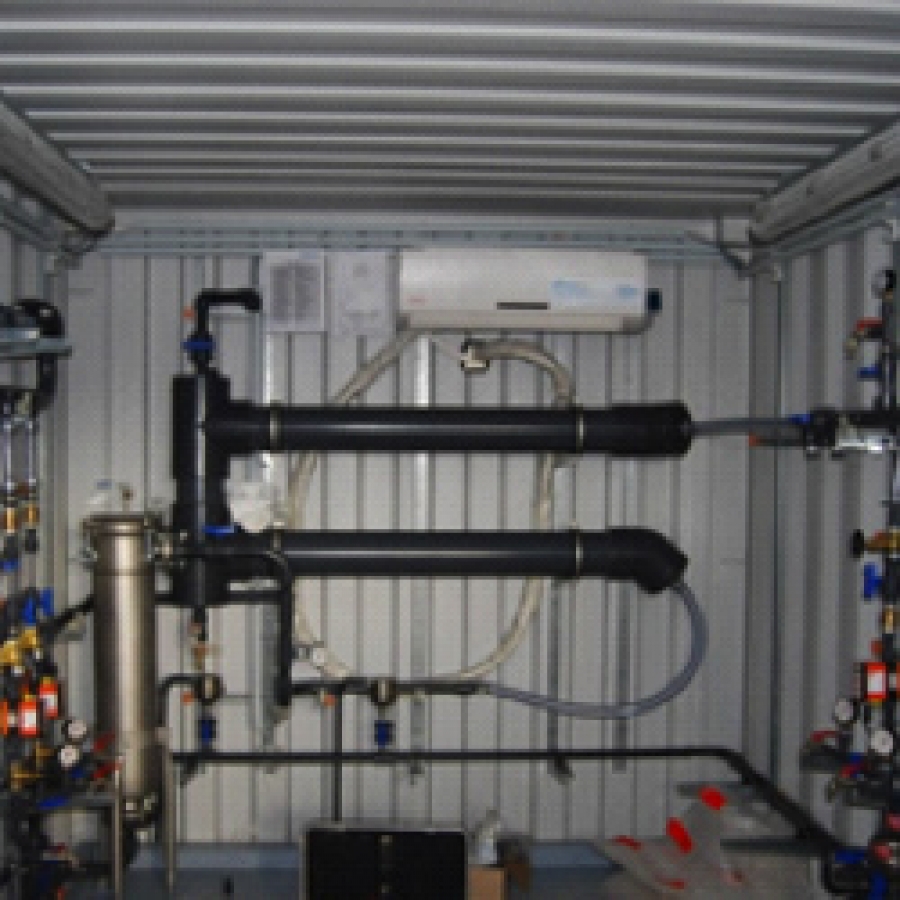 In Situ Bioremediation of Chlorinated Solvents in Frankfurt, Germany

Groundwater at this former manufacturing facility is impacted with chlorinated solvents, principally tetrachloroethene (PCE) and its dechlorination daughter products. A groundwater pump-and-treat (P&T) system operated at the facility property boundary since 1997 has successfully limited the off-site migration of impacted groundwater.

However, the P&T system has not addressed remaining chlorinated solvent source areas on-site, and continued operation of the P&T system is viewed by project stakeholders as being inefficient and prohibitively expensive. Results of an enhanced in situ reductive dechlorination (ERD) pilot test performed at the site by another consultant in 2006 indicate that ERD will be an effective remedy for the chlorinated solvent source areas. Geosyntec was retained to negotiate regulatory approval for, and to design, implement, and construct, a full-scale ERD system at the site.

Geosyntec developed a remedial strategy that relies on ERD and long-term monitoring to address the remaining chlorinated solvent source areas and replace the P&T remedy. The goal of the strategy is to implement a phased ERD approach to treat approximately 90% of the chlorinated (CHC) solvent mass remaining in the source areas, followed by long-term monitoring (monitored natural attenuation) to meet cleanup criteria. The project team met with regulators in Wiesbaden, successfully negotiated regulatory approval of the proposed approach, presented results of the initial ERD phase and gained approval for second phase implementation.

The Geosyntec team completed a pre-design investigation (PDI) using a membrane interface probe (MIP) and direct push technology to complete delineation of the solvent source areas. The MIP investigation provided a rapid and invaluable tool for redefining the distribution of chlorinated solvent impacts, yielding data critical to the design of the ERD system and calculating the estimate of CHC mass remaining. Subsequent installation of ERD monitoring points confirmed our MIP investigation results and the updated conceptual site model. In coordination with the client construction contractor, Sensatec, Geosyntec oversaw construction and startup of an ERD system designed to recirculate groundwater, soluble electron donors (ethanol & sodium lactate), and bioaugmentation cultures (KB-1®) to address source areas identified in shallow groundwater during the MIP investigation. Significant dechlorination has been observed within the nine-month operational period and results have been presented to the regulatory authority (RP Darmstadt). Phase II expansion of the ERD recirculatory system, replacing the P&T system is under construction and will become operational in 1Q 2013. This design and implementation of bioaugmentation and groundwater recirculation is one of the first permitted in Germany.

Geosyntec developed and won regulatory approval for a cost-effective strategy to replace an aging and inefficient P&T system with ERD. The MIP investigation conceived and directed by Geosyntec provided critical new data regarding chlorinated solvent distributions at that site, significantly improving the conceptual site model developed by predecessor consultants on the project. After nine-months of operation, Phase I of the ERD recirculation implementation has resulted in significant mass reduction in CHC source areas. Over the next 30 year period, Geosyntec’s recommended remedy is expected to save our client $2 million relative to continued operation of the existing P&T system.